Cistercian monks seeking solitude and mountains, came to Tintern from Cîteaux, near Dijon in eastern France in 1131 AD. Tintern Abbey was the first of 13 Cistercian monasteries, founded in Wales between 1131 and 1226.  The monasteries were dissolved by King Henry VIII with authority from the Act of Supremacy, passed by Parliament in 1534. Henry disposed of the assets to fund his military campaigns in the 1540s.

Some 250 years later William Wordsworth visited Tintern in 1793 and again in 1798 when he wrote the poem 'Lines composed a few miles above Tintern Abbey', which outline his general philosophy of nature.

Joseph Malord William Turner came to Tintern in 1795 and painted this view of the ruined Abbey.  His studies of ancient buildings and his work as a landscape painter expressed most eloquently the philosophy of nature associated with the Romantic movement.

Next meeting  What on earth were they thinking of? The beginning of philosophy? 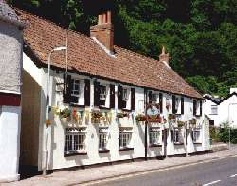 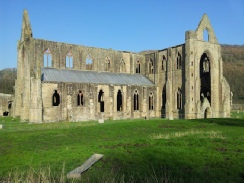 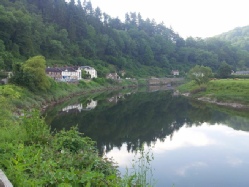 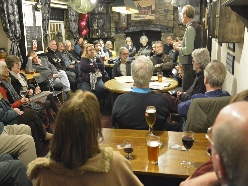 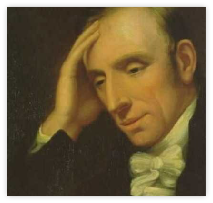 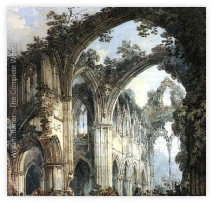 What do monks, poets, painters and philosophers have in common?

They will all have needed a place to sit, think and quench their thirst.  Cistercian Monks at Tintern brewed beer and it’s likely that both Turner and Wordsworth would have sought refreshment in Tintern,  and to this day people with an interest in the important questions of life meet on the third Tuesday of each month (except August) at one of Tintern's favourite pubs, the Rose and Crown to ask questions to which there are no correct answers, and so create a very vibrant and convivial environment to which all are welcome regardless of qualifications.

We meet the third Tuesday of every month 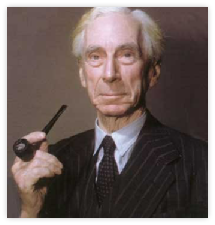 Our patron is Bertrand Russell (permission pending) who was born a couple of miles from Tintern, and who concluded his famous book The Problems of Philosophy, first published a hundred years ago, with the following words:

Philosophy is to be studied, not for the sake of any definite answers to its questions, since no definite answers can, as a rule, be known to be true, but rather for the sake of the questions themselves; because these questions enlarge our conception of what is possible, enrich our intellectual imagination, and diminish the dogmatic assurance which closes the mind against speculation; but above all because. through the greatness of the universe which philosophy contemplates, the mind also is rendered great, and becomes capable of that union with the universe which constitutes its highest good.

Additions and enhancements made to Ray Billington’s Lectures